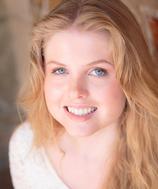 Janelle Abbott Staley has performed on stages around the country and abroad with ballet and modern dance companies, musicals, in film and on television. In New York City, she danced with dre.dance, Terra Firma Dance Theatre, Ballet for Young Audiences, and Ollom Dance Theatre, and was the longtime assistant to Salim Gauwloos (aka Slam). Janelle has been featured in several projects by director David LaChapelle, including Elton John's The Red Piano concert (soloist onscreen in Don't Let the Sun Go Down On Me), Norah Jones' Those Sweet Words music video, Elton John's Answer in the Sky video (assistant choreographer), and most recently, as a guest artist at Rocca di Frassinello in Gavorrano, Italy. She has performed on Broadway stages, at Lincoln Center, and Carnegie Hall, and has appeared regionally in Shakespeare Theatre Company's
Twelfth Night (Dance Captain), Peter Pan (Tiger Lily), A Chorus Line, and Cabaret.
Janelle received her early training as a company member of the Grand Rapids Ballet in Michigan and holds a BFA in Ballet from the University of Utah. She has taught at Broadway Dance Center and Steps on Broadway, and throughout the country for Fluid Dance Conventions, Dancer's Inc. and The Broadway Experience. Janelle is a certified Pilates mat instructor and has taught barre fitness at Physique 57 in NYC and at Exhale Spa in Boston. She directed, choreographed, and produced dance industry events and fashion shows in New York, Orlando, and Las Vegas for Dance and Dance Spirit magazines, and co-produced the Dance Magazine Awards in NYC. In New England, she has danced with the Boston-based company Kat Nasti Dance, Junichi Fukuda, Annex Contemporary Dance Company, and NH Dance Collaborative. www.janelleabbottstaley.com
Julie received her training at Boston Ballet, Hartford Ballet, Ballet Theater of Boston, STEPS, Marjorie Mussman, Madame Gabriela Darvash, City Center Studios, Peridance, the Paul Taylor School, and from other notable NYC teachers and studios.  In 2004, as a returning student to university studies, Julie graduated summa cum laude with a Bachelor of Science degree in a combined major of Psychology and Exercise Science from Brooklyn College and was a New York State and Maine State licensed massage therapist. 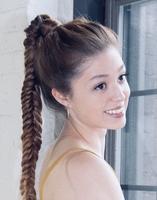 Shelbea Makela has been dancing since the age of two and began taking classes at Dance It Up! dance studio in Massachusetts. There, she trained in ballet, pointe, contemporary and jazz. She participated in summer classes and intensives taught by Kaitlyn Salisbury (creator of MOVE dance intensive) and Tucker Knox (a top contestant on So You Think You Can Dance Season 10), as well as many other guest choreographers. Through various studios she has performed in the Nutcracker, Sleeping Beauty, Alice in Wonderland and Giselle. Shelbea started assistant teaching beginner ballet classes in 2013 and through dance has found her passion for working with children. She is currently working towards a career in Elementary Special Education through the University of Southern Maine and is also a preschool teacher at the Academy of Little Learners in York, Maine. This is Shelbea’s fourth season dancing and at the Dance Annex.

When you do dance, I wish you

A wave o' the sea, that you might ever do

Prior to this, Julie moved from Boston to New York City where she taught and performed principal roles with Rebecca Kelly Ballet from 1992-2006, was ballet mistress for the company and assistant to the director in choreography, workshops, and summer programs.  She performed as guest artist in North Country Ballet Ensemble's Nutcracker, performing Sugar Plum Fairy, Snow Queen, Spanish and other roles, returning often as guest teacher and to restage youth repertory of Rebecca Kelly Ballet.  She also worked with Impulse Dance Company and North Atlantic Ballet of Boston, MA; Several Dancers Core of Atlanta, GA; and other ballet, modern, and musical theater companies throughout the northeast as well as being dance captain for jazz revue shows.
In New York, Julie taught at STEPS NYC, Joffrey Ballet School, Berest Dance Studio, Garden City Community Dance Project, and Rebecca Kelly Ballet.  Her choreography includes work for professionals at the STEPS Faculty Concert and for children, teens, and adults at several studios around NYC.  Locally she has taught at Ballet New England, Berwick Academy, Sole City Dance, Rockport Dance Conservatory, and others.

Katherine Mayfield enjoys supporting dancers with her piano playing at The Dance Annex.  She also plays at Clay Hill Farm Restaurant in Cape Neddick, and for student recitals and private parties. http://www.katherine-mayfield.com/piano.html

​Abigail Patten began her ballet training at the age of three at Brixham Dance Works. At the age of eight Abigail continued her training at Ballet New England and at age eleven she joined Ballet New England's youth company program, beginning her training towards a professional career. Abigail also trained at a summer intensive program with Boston Ballet, and she has expanded her training with many varied master classes and workshops with Pilobolus, Dusty Button and more. Abigail’s ballet performing credits include performing as a soloist in multiple classical productions including The Nutcracker, Cinderella, Paquita, La Bayadère, and The Sleeping Beauty. In 2013 and 2014 she performed as a company member with Great Bay Academy of Dance. She is presently a company member with Annex Contemporary Dance Company, the resident dance troupe at The Dance Annex, where she performs in classical and contemporary works.  Abigail also has training as an aerialist. She has trained with, performed, and taught different apparatuses including the lyra, silks, and trapeze. The past few years, Abigail has expanded her love of dance through teaching and educating, all levels of dance, at several studios in the seacoast area. This is Abby’s second season teaching at The Dance Annex.

Julie Hebb brings with her decades of experience performing, teaching, choreographing, and staging original ballet, modern, jazz, and contemporary works in New York City, the greater Boston area, and northern New England.  With her deep foundation in various ballet techniques, predominantly the Russian Vaganova style along with her wide experiences in contemporary training that includes Paul Taylor, Lester Horton, Rebecca Kelly, Jennifer Muller, and other techniques, she brings to The Dance Annex a relevance in training that is essential for today’s dancers.  Please see the About page for further information regarding The Dance Annex's approach to training.
​Julie moved to Maine and began teaching at studios in and around New Hampshire and Maine.  In the fall of 2012 she opened The Dance Annex, Studio for the Dance Arts, located in Kittery, Maine to foster sustained support for the dance arts.

Studio for the Dance Arts 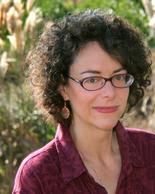 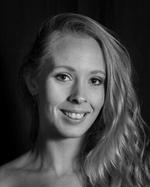 Jemma Glenn Wixson has been dancing and training with The Dance Annex Studio for 8 years. Her performing experiences include yearly spring showcases with The Dance Annex performing in classical, jazz, tap and contemporary works, as well as their annual Nutcracker production where she has danced multiple roles including Snowflake, Waltz of the Flowers, Chinese, Soldier Doll and many more. She has been an assistant dance teacher since she was 14 and began leading her own ballet classes last year. She also has a theatrical performing arts career and has performed in productions across the seacoast in shows such as Mamma Mia at The Hackmatack Playhouse, The Crucible at New Hampshire Theater Project, and Into the Woods with Threshold Stage Company, and others. She is a freshman at Sarah Lawrence College pursuing dance, psychology, and neuroscience.

Kacie (Ferraro) Friberg comes to The Dance Annex with a background in performing, teaching choreographing, and competing with a variety of dance disciplines. She has trained with faculty from NYU’s Dance program as well as such notable names as Joe Lanteri, Gil Stroming, Ashly DelGrosso, Suzi Taylor, Travis Wall, Mia Michaels, and Savion Glover. Throughout her competition career, Kacie received a variety of recognition including scholarships and awards like “Outstanding Talent,” “Outstanding Tap Performance,” and the “Furious, Fabulous Feet” award.

A former competitor in the Miss America Organization, Kacie was recognized for her talent as well as her scholastic achievement, community leadership, eloquence and personability. Kacie is a certified middle and high school teacher with a Master’s in Secondary Education; she is currently teaching 7th grade math at Rye Junior High School.

Meghan McCoy Seedner primarily trained at the Portsmouth School of Ballet, with summer training at Joffrey Ballet Theater NYC and Jose Mateo Ballet Theater in Cambridge MA. In 2010 she graduated from the University of New Hampshire with her BA in Theater and Dance. She joined the Portland Ballet Company as an apprentice for their 2010-2011 season before being promoted to company dancer in 2011.  During her time with Portland Ballet, Seedner performed in many classical and contemporary works. In 2013 she joined the Teatrul de Balet Sibiu, in Romania. Upon her return to the States, she began her teaching career and continued dancing as a guest artist with Portland Ballet and other companies and schools across the seacoast. As a teacher now for 7 years, she enjoys training dancers of all ages in both classical and contemporary ballet.